The Liquidation of a Historic Woodworking Business

“There’s nothing else out there.” Mark Kitko is describing the location of their business that’s over half a century old. “But it was in the heart of timber country, and that’s why Grandpa wanted it there.”

He’s right. The little burg called Glen Hope in western Pennsylvania is dominated by Kitko Wood Products and there is hardly anything else in this town.

For those not blessed with a helicopter, there is no way to get to Glen Hope, Pennsylvania except by winding road. Nestled in the foothills of the Appalachians, Glen Hope and Kitko Wood Products are surrounded much more by hills and forests than by any serious commercial development.

But here is where Robert and Kenneth Kitko, brothers who had grown up on a family of 14 siblings on a dairy farm, planted their business. They began in the late 1950’s by making wheelbarrow handles. In 1963 they incorporated and over the years they added a sawmill to their campus and began supplying other users of wood with cabinet doors and furniture manufacturing dimension stock hardwoods. The company grew to employ as many as 125 employees.

In the summer of 2019 Mark Kitko (Robert’s son) reached out to us at Bright Star Auctions to liquidate the sawmill portion of their business. The auction would include several pieces of used woodworking equipment like: a West Plains resaw with a runaround, a Cleereman 4 headblock 36” carriage and a Fulghum Chipper, along with a dandy Case wheel loader. We held that auction in October of 2019 and it went well, though we struggled with phone service throughout (it’s in a very rural location). Kitko still had multiple buildings filled with the balance of their woodworking equipment though. They just weren’t ready to pull the trigger yet.

After much back and forth, Mark and his aunt Clementine (Kenneth’s surviving wife) decided to move forward with an auction almost a year later in the fall of 2020.

We at Bright Star Auctions counseled with them and elected to schedule the auction for Black Friday November 27th 2020. To say we were fired up was an understatement. We knew about Kitko’s lineup of tenoners, Cemco sanders, planers, sixteen- yes 16!- Diehl straightline ripsaws, and more. We expected these to be in high demand with the flood of orders pouring into many small furniture shops across the country.

One of our first calls was to Dan Troyer. He is the owner of AW Machinery in Apple Creek Ohio, an award-winning auctioneer, and a no-doubt expert in woodworking machinery. While our team already contained a working knowledge of woodworking equipment, we wanted an expert. Dan Troyer certainly fits that bill.

Dan agreed to partner with us on the auction and add his formidable knowledge to the pool. He also was gracious enough to share his mailing list so that we could send our Bid Book to his buyers as well as our current list.
Our fine cataloging team of Jonathon Miller and Myron Schwartz descended on Glen Hope to record the details of each piece and take pictures with the high-quality cameras they carry. Their job was perhaps made easier because they weren’t distracted much by phone calls. The Kitko location to the Bright Star team is synonymous with horrible phone service. Did I mention it is very rural?

Next, we sent Dan the list and pictures of the equipment and asked for his thoughts. He shared his insights, which gave us a better idea of how to handle the marketing.

We also put the auction on our website, our bidding site, and on proxibid and bidspotter (other online bidding sites). We hired one company to create a video of the items we had to offer and another one to promote this video on facebook. It ended up with thousands of views!

We sent out several emails to our list of thousands of past buyers with links to the equipment on our bidding site.

Cherie, a lady in our office, also ran individual promotions for many of the highlight items on facebook and craigslist.

And- for one of the biggest pieces of our marketing- we produced the Bid Book. This is a detailed catalog that contains all the items in the auction, many with multiple pictures. This we sent out to the thousands of bidders on our mailing list as well as to the woodworking equipment enthusiasts from Dan Troyer’s list.

Auction week finally arrived. Jonathon and Myron traveled to Kitko on Monday already to do setup and coordinate the preview of items. Knowing how bad the phone service was, they borrowed Darrin Bontrager from our neighboring company Showcase Equipment and took him along to set up boosters. Darrin has multiple tricks up his sleeve to do that. He set up signal boosters and ran power to them- we don’t want to miss our phone bidders, of course. Not to give away all Darrin’s secrets, but he tapped into the Kitko office across the street and beamed internet service several hundred feet south to the shop where we want to hold the auction. We don’t want to miss our internet bidders, either.

Myron, Jonathon, and Darrin returned home to spend Thanksgiving with their families.

The day prior to the auction, our team loaded up on our bus which doubles as a mobile office, and pointed our noses eastward. We slept in Clearfield (the closest big town -it’s half an hour away- I may have mentioned this auction is in a rural area) and tried to get rested up for the big day.

We pulled into Kitko and put the finishing touches on setup, including the office. A nice crowd of people was arriving and we were registering them as fast as we could. We would have liked to move more help into the office to register people more swiftly, but the service was still giving us fits. Darrin ended up moving the booster again and threatening severe punishment to anyone who unplugs it. He is not as fierce as he sounds- but he sounds awfully fierce at times.

We finally got under way. We offered the real estate- which was the only item with a reserve. The land did not attract much interest. There were, however, buyers there for the several buildings we offered separately from the real estate. Nice buildings they are- and three buildings ended up totaling $112,000. We sold those and got into the woodworking equipment auction that we and so many of the buyers had long looked forward to.

We began with the small hand tools and then moved into the millwork department. Lot 107 was an SCMI double-end tenoner that -as Dan pointed out- has a hard to find 8’ capacity. Like the other machines, it was well-used but still in good condition and fetched a nice $21,000. And away we went.

The two Cemco 53” planer sanders soon crossed the block. These had attracted a lot of interest and finally sold for a healthy $30,000 and $21,000 which Dan said was a solid price considering their age. Dan explained to us that the maintenance program all the machines were in has a lot to do with how much life they still have left and how much people want them.

The well-built, clean Bridgewood double-sided planer sold for a smashing $20,000. Remarkably, this is very close to the price the Kitkos paid for it new many years ago and goes to show that it pays to buy quality equipment and maintain it well.

Finally, we arrived at 12 of the Diehl Straightline ripsaws. Dan joked that this many ripsaws makes Allen Hoover weak in the knees. Allen deals in these ripsaws and was sitting in the front row, where we enjoyed his bidding and his sense of humor. These ripsaws are mostly glue-line ready which made them more attractive. The first choice sold for $15,000 and the rest also sold for strong market prices.

The Barr Mullin optimizing chop saw sold as an entirety for $25,000. It was a crayon defecting optimizing saw system and worked well for Kitko’s application.

Into the dimensional department: The C.R. Onsrud CNC 3-axis router sold for a brisk $25,000. As Dan mentioned, this was a good clean American built machine, and was still at a very fair price to the buyer when it was knocked off by the auctioneer’s hammer.

The very popular Unique door machine sold for $8,000 and we finally arrived at the DMC 53” 2-head wide belt sander. It sold for $27,000 which was gratifying to us- we saw the quality of the machine.

We sold a few pieces of rolling stock including a sweet consigned Manitou forklift for $36,000 and then finished the day with a few semi loads of good dried hardwood lumber which sold for top prices, as lumber has seemed to do all fall.

We thanked everyone- we are truly grateful for the opportunity to work with so many honest upright small businessmen as buyers. The auction industry would not work without you buyers! 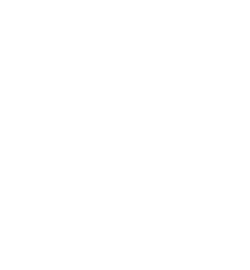 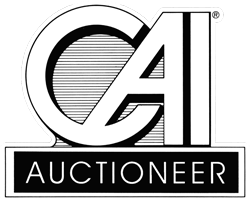 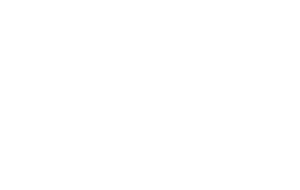